From Interaction to Formal Language

Question: How do we apply the ideas of how we have learned language and give access for the congenitally deafblind person to also acquire language?

It’s important for us to be able to understand the processes of interaction, communication, and formal language.  Each builds upon the other as part of a  continuous cycle. It is a process that continues for all humans throughout their lives as we continue to acquire language and build concepts. It’s through interaction with others that we continue to build vocabulary, formalize concepts, and add labels to the ideas we are trying to express and share with others.

Our social interactions with other humans allow us to share emotions and experiences. As part of our early interactive experience, we start to share meaningful communication forms. As communication progresses, we naturally attach labels and form categories like things, actions, events, and people. Formal language is developed so that these experiences can be shared with a wider community. Formal language is the tool that enables us to pass the experiences of “self” onto the wider audience of “others”. For the child who is congenitally deafblind, and has no formal language,  the world may exist only within their body and does not extend outward to the world around them. Language therefore must come from within the child. Meaningful language is the attempt to communicate with the outside world.

Before we expect a child who is deafblind to communicate using formal language, we must build a foundation together beginning with interaction and mutual understanding, then begin adding communicative exchange using emotions and affirmation, and finally entering into the world of formal language.  This does not mean that we avoid speaking or signing with the child, but rather that our focus at the start is not on asking the student to reproduce a particular verbal utterance or imitate a sign, but rather on establishing human connection.

Social Interaction can be described as: An action(s) that occurs as two or more people have an effect or influence upon one another. Dr. Jan van Dijk describes interaction as the first step to building formal communication.

The interaction that happens between two or more people is the first step in the development of a formal language. It is during this coming together and sharing of feelings that mutually understood signals start to develop.

The Arc of Conversation

A Basis for a Common Language

From Interaction to Formal Language

For a Deeper Dive

These mutually understood signals can be thought of as communication. When dad smiles… baby smiles; a harmonious interaction takes place, a feeling is shared between father and son, and a signal is communicated with a smile.

Communication can be described as a form of interaction between two or more people in which meaning is transmitted from one person, through the use of signals (verbal, visual, tactile), that are perceived and interpreted by the partner. These signals may then be repeated back by the partner to form a serve and return or as Barbara Miles puts it “I talk, you listen – You talk, I listen”…. a conversation.

This is where we start to get “shared meaning”; a mutually understood message was communicated between two or more people. This doesn’t necessarily have to be formal language though. As we refer back to Matt and his baby, they were able to naturally establish a conversational flow of serve and return through simple eye gaze, facial expression (smile, eyebrows raised), and gesture (pointing).  Lev Vygotsky talks about how our first utterances and the need to communicate with another person, go on to be the building blocks of self-dialogue. This is critical to forming a sense of self.  https://txdeafblindproject.org/deafblind-interaction/dialogicality-or-self-talk/

Most of the time when we think of “formal language”, we envision words and letters on a page or people speaking to one another in their native tongue. For someone who has not met a person who is congenitally deafblind, one of the first questions that’s usually asked is: how do I talk to them? How do they talk to me? We seeing-hearing people automatically refer back to how “we” communicate by talking, reading, and writing. 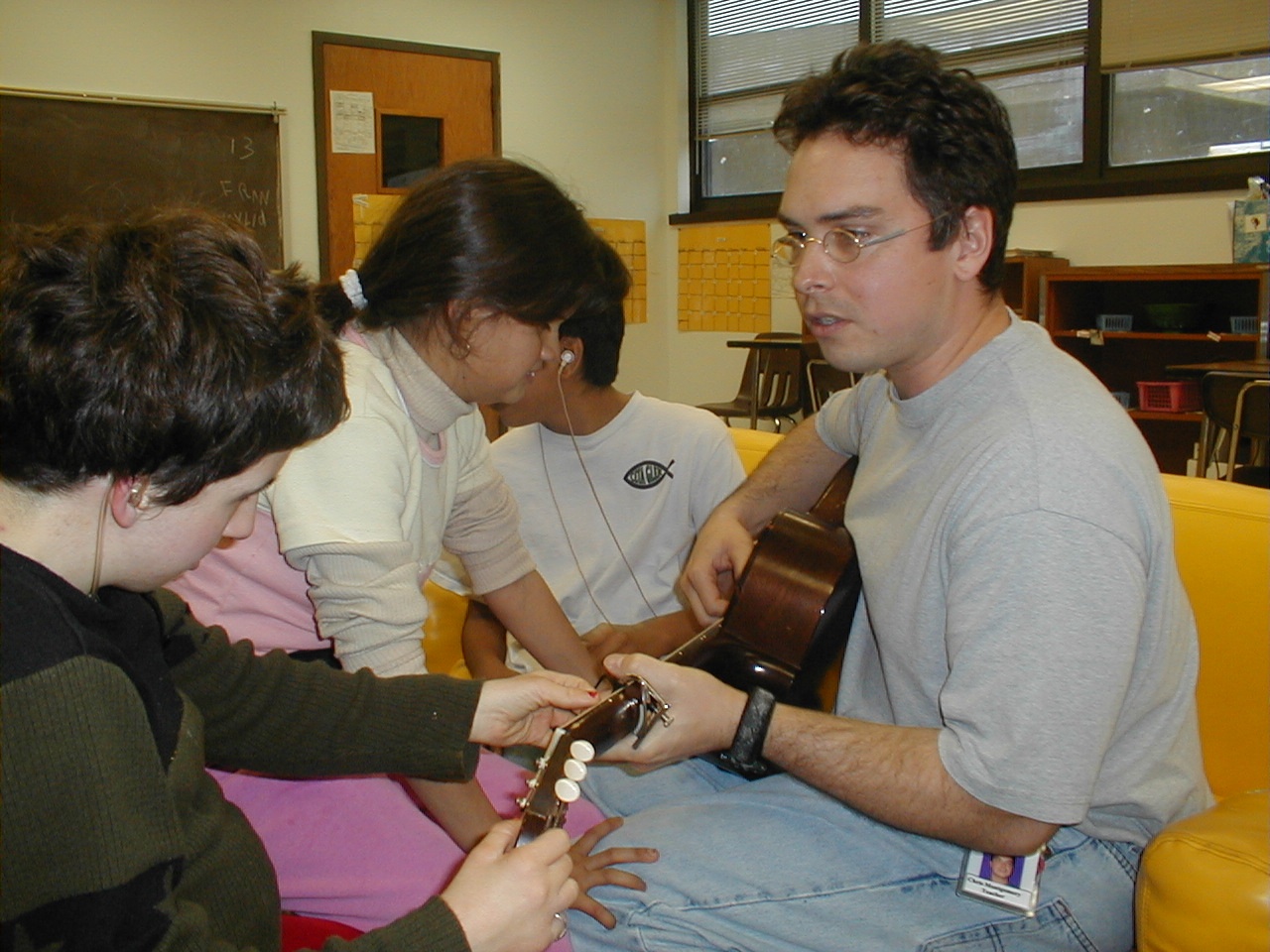 For the child who is both blind and deaf, the growing interest in the world outside of himself is primarily of tactile, kinesthetic, and olfactory interest. In order to draw out the interest of a child who is deafblind, we must be very attuned to these senses ourselves. We must learn how to make mutual conversational topics not only out of movements, but also out of tactile experiences.

It’s in the formalizing of a language that we need to ask; how do we non-deafblind people enter into the process of putting a mutually understood name to the actions, events, and things that are being shared in our interactions with people who are congenitally deafblind? How do we apply the ideas of how we have learned language and give access for the congenitally deafblind person to also acquire language? We must remember that we are as much the learner as we are the teacher in this process.

As we move deeper into the picture of two (or more) people coming together in their interaction, we see interactive signals and feelings start to be mutually understood, the process starts to become repeated and formalized. Through this formalization of mutually understood signals, a common language is learned between the participants. This language is typically based on a pre-existing language that is influenced by cultural surroundings. Or, it may be a language that is unique to the partners in the conversation. One that is “developed” based on the mutual experiences, needs, and access of the people immediately involved.

“When tactile experiences become meaningful for both partners in an interaction, this becomes the foundation for exploration of new environments, development of meaningful communication, and the building of friendships.”

GO TO FIVE STEPS OF INTERACTION