Use Interaction to Teach

Positive interaction strategies allow us to enter our student’s world, and from there, we can gradually draw them out into ours. They may then begin to attend to things that we are doing within the interaction. We must be the bridge from our students inner world to help our them become engaged in the outside world at a pace that is comfortable for them.

Outreach Consultant TVI Sara Kitchen discusses the use of interactive routines as a strategy for developing a bond with the student and building interactions. 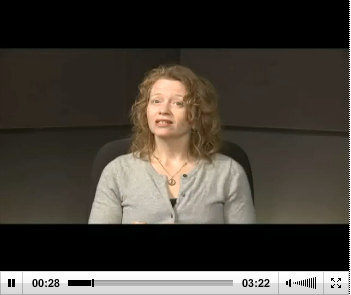 In this video, the skills being targeted include handing an object to a communication partner and performing an action to make a request. The routine starts out with the student checking her anticipation calendar, then they travel to to the activity area. The teacher connects with the student by imitating her actions and sounds. She also responds to the student’s specific requests. At one point, she increases the distance between the two of them, creating a slightly larger challenge in making the request. They finish the activity at the student’s calendar area.

This is a turn-taking game. In this video, the skill being targeted is auditory discrimination. The teacher pairs specific actions with specific sounds. The pom-pom is an object that this student has shown that he enjoys.

See the Routines section of this website for more information on routines.